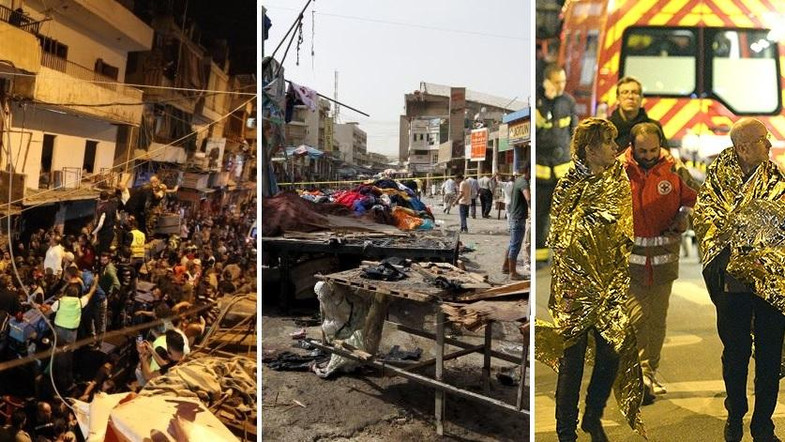 The IFLRY Executive Committee, as gathered in Santo Domingo, Dominican Republic, on the 13-15th of November 2015,

The two suicide attacks in the Lebanese capital Beirut on the 12th of November which took the lives of 43 people and wounded 239 others;

The attack on a funeral in the Iraqi capital Baghdad on the 13th of November which took the lives of at least 18 people and many more wounded;

The series of attacks in the French capital Paris on the 13th of November which took the lives of at least 127 people and wounded 180 of whom many in a critical condition;

the attacks in Beirut and Baghdad are undeniably linked to the Islamic State;

the attacks in Paris were claimed by the Islamic State;

Emergency measures are necessary in the immediate aftermath of terrorist attacks for proper protection of citizens,

Acts of terror like we witnessed in Beirut, Baghdad and Paris are of concern to all of us, whether we live in Europe, the Americas, Asia, Australia or Africa;

Terrorism triumphs when countries limit the fundamental freedoms and values of their citizens, for example the freedom of movement and the protection of privacy;

Offers its heartfelt condolences to the families and friends of all who perished and got wounded in the latest terrorist attacks in Beirut, Baghdad and Paris;

Remembers all those who perished and got wounded in terrorist attacks before these;

Calls upon all governments to not allow terrorism to lead to the long-term curtailing of fundamental freedoms and values of citizens;

Calls upon all people who feel threatened by terrorism to not give in to the empty promises of populism but critically think about long-term solutions.

To that goal calls upon all IFLRY Member Organisations to actively come up with strategies and ideas to prevent terrorism, fight populism, and safeguard our fundamental freedom and values.