On 30 November to 11 December 2015, UN member countries, civil society groups, international media and the youth gathered in Paris, France to reach an agreement on climate change at the 21st Conference of the Parties (COP). IFLRY, having observer status with the United Nations framework Convention on Climate Change (UNFCCC), were eligible to send a delegation to Paris and COP21. 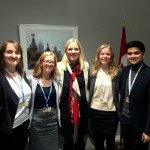 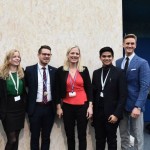 IFLRY’s delegation was led by Climate Change Programme Manager Tone Bjørndal, and included Francis Miguel Panday (CALD, Philippines), Justin Kaiser (YLC, Canada), David Schultz (JD, Netherlands), Julia Hawthornthwaite (YLC, Canada) and Olesia Tolochko (EYU/NUV, Ukraine/Norway). Since the delegation was selected early this fall, they have been working continuously to prepare for the conference. This conference has been crucial because it is where the nations of the world should adopt a new climate agreement. As Christiana Figueres, UNFCCC Executive Secretary, said at the Young and Future Generations Day December 3: “This is the COP of your generation. Of my generation.”

The IFLRY delegation did not waste a minute at the conference. They made sure that they always were up to speed on the negotiations and the frequent changes in the text. Furthermore, on the sideline of the negotiations, they also used their time to attend meetings, press conferences, and other events. There were meetings from the UN Youth Constituency (YOUNGO) and briefings from Canadian, Norwegian, Ukrainian, Philippine, and Dutch official delegations. In addition, the delegation met with several ministers and key liberal personalities at COP, such as the Philippine Presidential Adviser on Environmental Protection, Sec. Nereus ‘Neric’ Acosta, Moroccan Minister of Environment, Hakima El Haité as well as Canada’s Environment and Climate Change Minister Catherine McKenna and her Chief of Staff Marlo Raynolds. 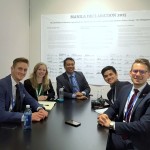 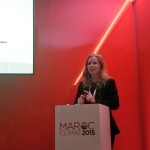 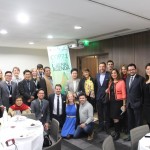 The delegation also helped co-host a liberal gathering together with Liberal International and CALD, Sunday Dec 6. It started with a side-event in the Moroccan Pavilion at the COP21 site and ended with a dinner by the Eiffel Tower. At the event they discussed climate change and the liberal agenda. Dr. Monthip Sriratana-Tabucanon and Hon. Neric Acosta shared their insights in keynote presentations, and afterwards Climate Change Programme Manager and head of IFLRY’s delegation Tone Bjørndal led the panel discussion. They emphasized the role and importance of youth, and it was also discussed to focus more on climate change within LI. We look forward to see the outcome of this event!

Although COP President Laurent Fabius for a long time said they would finish on time, Friday Dec 11 6PM, the negotiations overran by more than 24 hours. During the last couple of days there were mostly closed negotiations, where ministers and negotiators consulted with each other and the French COP Presidency with the hope of finding compromises, bridging proposals and agreement. Tensions was high until the very last hour, when the Paris Agreement was adopted, and the tension was broken by applause, cheering and tears.

“The Paris Agreement allows each delegation and group of countries to go back home with their heads held high. Our collective effort is worth more than the sum of our individual efforts. Our responsibility to history is immense,” said French Foreign Minister and COP21 President Laurent Fabius.

UN Secretary General Ban Ki-moon said, “We have entered a new era of global cooperation on one of the most complex issues ever to confront humanity. For the first time, every country in the world has pledged to curb emissions, strengthen resilience and join in common cause to take common climate action.”

As Parties applauded the new agreement, they also stated that this is where the work begins. The Paris Agreement, alone, cannot save the planet, but the people will. Thus, we all have to go home to our respective countries and make sure that change is happening. However, for an organization such as IFLRY, we will also continue to cooperate across borders, to ensure that all our members are heard in the fight against climate change, and the fight to globalize freedom.