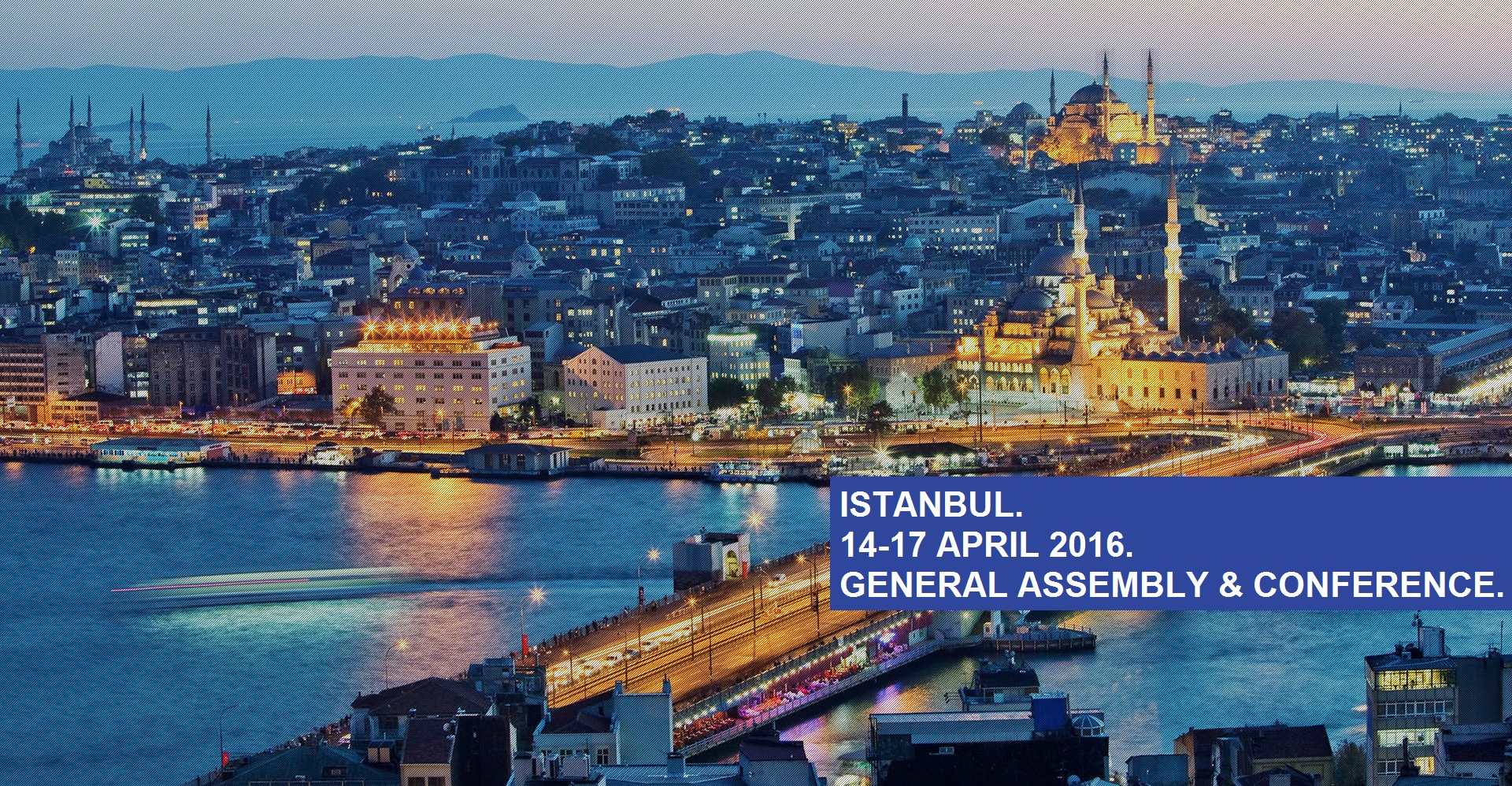 A Conference titled, ”Refugees: Welcome?” will take place on 15 April. Already, a draft programme and agenda for the statutory meetings and Conference can be found below in the general documents section.
Registration for all events can be found here .

Seminar
In connection to the General Assembly and Conference, a Seminar on youth in decision-making processes will take place from 9-14 April 2016. The participants of the international seminar will be considered for trainers in local activities in the following months, as IFLRY plans to dedicate the whole of 2016 for the theme of youth participation. Read more about the Seminar and apply at the dedicated Seminar page.

Visas
IFLRY is not able to cover visa costs. Please check if you need a visa to enter Turkey. Find visa information here.  Please contact the IFLRY Office if you do.

Travel reimbursement
There will be no travel reimbursement available for those only participating in the IFLRY General Assembly and Conference. However, delegates who are also or only participating in the Seminar, will be eligible for a travel refund to be announced on 14 January 2016. The IFLRY Office is able to provide you with a cover/support letter, should you wish to privately fundraise your travel.

General Assembly volunteers
Please note that Standing Committees on Statutes, Resolutions and Finances will be opened. The IFLRY Bureau is also looking for other volunteers for the positions of General Assembly Chairs and Scrutineers. If you’re interested in one of these positions, please indicate this to the IFLRY Office.

Bureau Candidates Promotion
Candidates running for the IFLRY Bureau are welcome to advertise their candidatures (for example through Social Media, webpages etc.) ahead of the Bureau elections. IFLRY has published candidatures for each applicant (CV, Motivation and Member Organisation Cover Letter) in the ‘documents’ section below. If you have any questions contact IFLRY Office at office@iflry.org.

All proposals and nominations by Member Organisations should be sent to the IFLRY office by e-mail.

General documents
All documents concerning the General Assembly can be found in this section. Please check back regularly for more documents being uploaded.

Changes to the Rules of Procedure and Statutes, 10th March 2016*

Urgent resolution 3 JOVD IFLRY Resolution on the Venezuelan Economic Crisis 14th April 2016 (Voted against, not to be discussed)

*Submitted by the Statutory Working Group, the Bureau and the proposing organisations.

** The agenda was previously uploaded as part of the programme