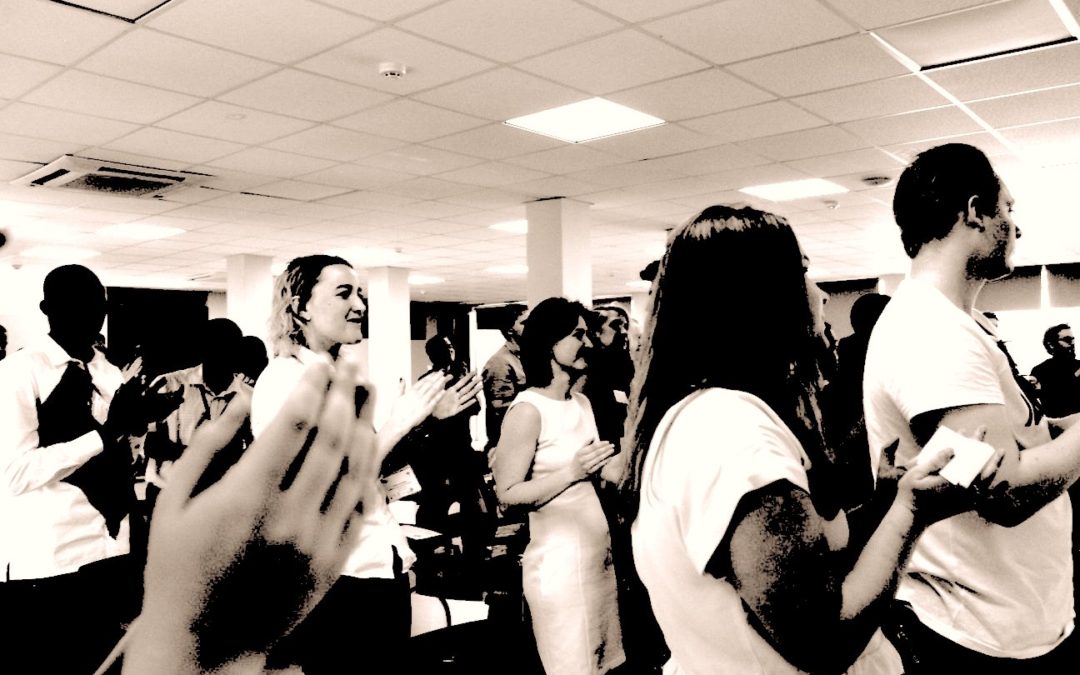 In March 2018 young liberals from around the world gathered for the 43rd General Assembly of IFLRY in Accra, Ghana —only the second time IFLRY that hosted an event in Africa. And what an event it was! For four amazing days, Accra has been the amazing host venue that welcomed 80 young liberals for the IFLRY Conference “Freedom Fights in the 21st Century: Diversity, Pluralism and Intercultural Dialogue” and the 43rd General Assembly.

Being an international federation of young liberals, we come from all angles of the world, from various cultural background—and from many different interpretations of liberalism. Through our conference “Freedom Fights of the 21st Century: Diversity, Pluralism and Intercultural Dialogue” we tried to jointly shed some light on the different backgrounds and cultures that our liberal family members come from. Giving the participants an opportunity to learn about the differences within our liberal family and have a chance to have a fruitful dialogue about this diversity in best IFLRY-intercultural-dialogue-non-formal-educational-manner.

One of the great activities of the conference was the workshop on the cultural differences between various regions. In this session, our friends from Jordan showed us what it really means to be an international couple, especially when you have to introduce your European boyfriend to your very traditional Jordanian family. Furthermore, we invited African Liberal Networks Vice President, Rosemary Machua from Kenya, to talk to our participants about the very strict and conservative thinking towards sexuality. Emmanuel Ossei from our local MO in Ghana, Progressive Youth Movement, heard about our first impressions of the African “order in chaos way of life.”

We also did a workshop on “Freedom Fights around the Globe: Identifying the Freedom Fights of the 21st Century,” in which we analyzed the various challenges that each region of the world faces. Participants were able to rotate between Europe, Asia, MENA, North America and Latin America discussion groups and thus got a holistic overview of the distinct obstacles that liberals face all over the world.

After an intense day of sessions and workshops, we were then ready to start with the General Assembly.

On Friday evening, the outgoing president Pauline Kastermans opened the 43rd General Assembly and thus started a weekend packed with resolutions, elections, and the ability to include more wonderful organizations in our liberal family.

Already on Friday night, we could welcome new members, such as FEL from Belgium, TLDE from Romania (through a presentation just before their president had to go live on National TV), DPHK from Hong Kong, PYM from Ghana, Young Liberals of Ghana from Ghana, FTF from Jordan, and finally JUVICUF from Tanzania.

The General Assembly found its naturally peak during the Bureau elections where Ahmad Al Rachwani was elected new President of IFLRY—and thus became our first President from the Arab World.

Emmanuel Osei and Reender Reenders were also elected as auditors.

A time to say: Thanks!

Events like this General Assembly are only possible because of the outstanding support from IFLRY’s member organisations. This time we have to give a big thanks to our regional member organization Africa Liberal Youth (ALY), our local partner Progressive Youth Movement (PYM), our generous donors from International Office of the Liberal Democrats, Africa Liberal Network (ALN), the Friedrich Naumann Foundation for Freedom Africa (FNF Africa), D66 and VVD. Without their help, this event would not have been the success that it was.

And of course, a special thanks goes to the outgoing Bureau, namely to our outgoing President Pauline Kastermans, Secretary General Tone Bjørndal, Treasurer Robert Landheer and Vice President Anders Rehnberg. Also a big thanks to our two outgoing auditors Marit Diepemat-van der Pool and Christian Holm. Thank you all for your dedication and your hard work for globalising freedom. You made the world a better place!