Statement on the Elections in the Former Yugoslav Republic of Macedonia* 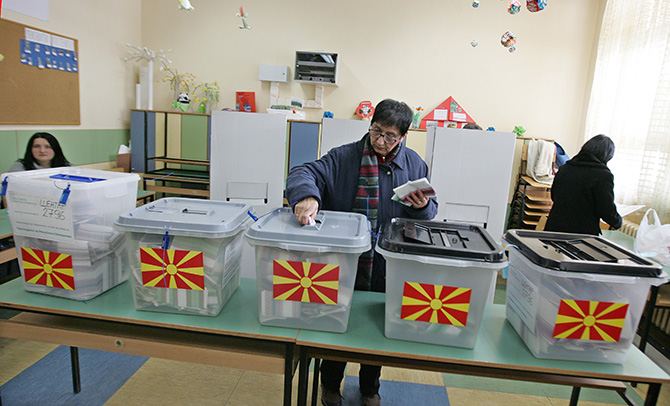 Free and fair elections are the cornerstones of robust democratic states. These principles are not negotiable and must be respected by all political forces. Ensuring clean electoral lists,  and preventing manipulation of the electorate must have absolute priority in order to secure not only transparency and accountability, but most of all legitimacy. It is crucial that citizens are presented with a variety of meaningful options from which they can choose what kind of lives and systems they consider to be the most desirable for their very own community. This means, free and open competition between different parties. Considering that the latest European Commission report on the F.Y.R.O. Macedonia mention the increasing risk of “state capture” and expresses serious concerns regarding civil liberties, it is crucial that these elections are conducted in a free and fair way so that the country can get back on democratic track and take action in order to give a more positive outlook for the next report .

Vivid discussions focussing on the political content and ideological differences do not only allow all people to enjoy their fundamental rights, such as the freedom of speech, freedom of association and assembly, and freedom of the press, it is also a tool which fosters deeper political participation and paves the way for the emancipation of both individuals and groups. We call on all the candidates to use their opportunities and participate in public debates, thus providing enough information, so that the public can make an informed choice.

The people of F.Y.R.O.Macedonia have lived in a polarized society for many years and they deserve to once and for all enjoy their fundamental rights and democracy. Everything else is not giving them the adequate respect they deserve.

As young people, who are not only living today, but who will also bear the consequences of today’s decisions in the future, we call upon all parties and all other relevant institutions and organisations to collectively ensure that all citizens can practice the democracy they are entitled to through the constitution.