New Bureau elected at the 39th GA in Istanbul 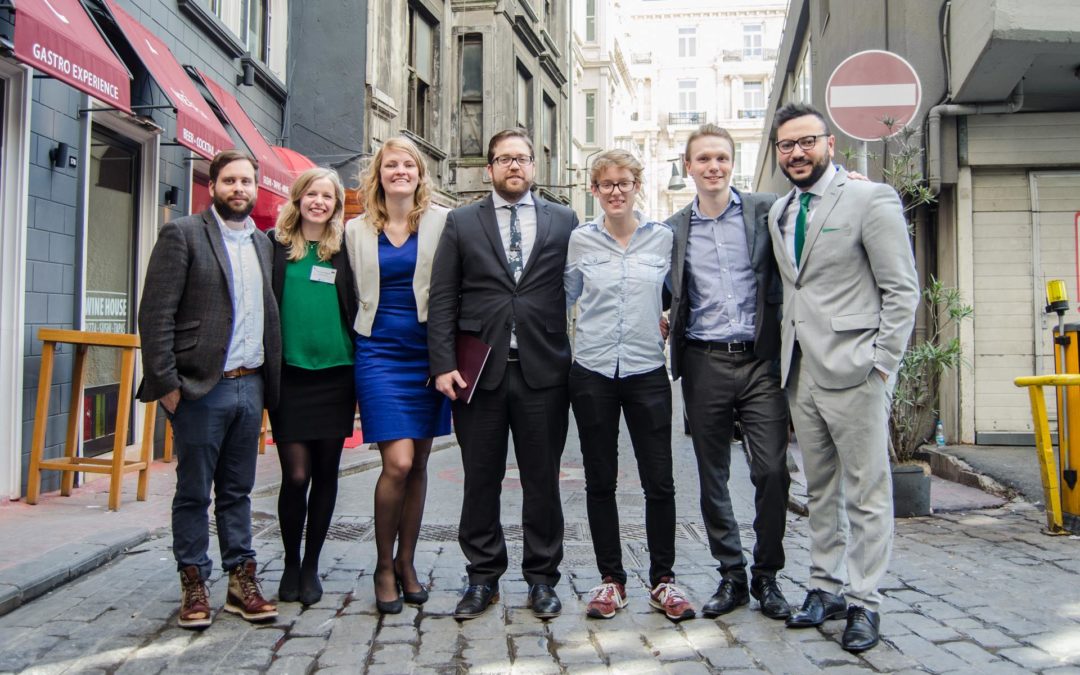 Meeting in the heart of Istanbul, Turkey, the General Assembly of the International Federation of Liberal Youth (IFLRY) has elected a new Bureau to serve the organisation between 2016-2018.

IFLRY will be lead by Pauline Kastermans (Jonge Democraten, The Netherlands), who was elected as President. She will be supported by a core team of Tone Bjørndal (Norges Unge Venstre, Norway) who was elected as Secretary General, and Danylo Korbabicz (Young Liberals of Canada, Canada), who was re-elected to the Bureau, this time as Treasurer.

The new Bureau wasted no time in setting an ambitious agenda. Immediately after the conclusion of the General Assembly which elected them, the new Bureau started its work by discussing its visions for the upcoming term, catching up on current affairs, dividing responsibilities, and of course getting to know each other.

We are excited to start our term – and look forward to be working with all of our members and member organisations!