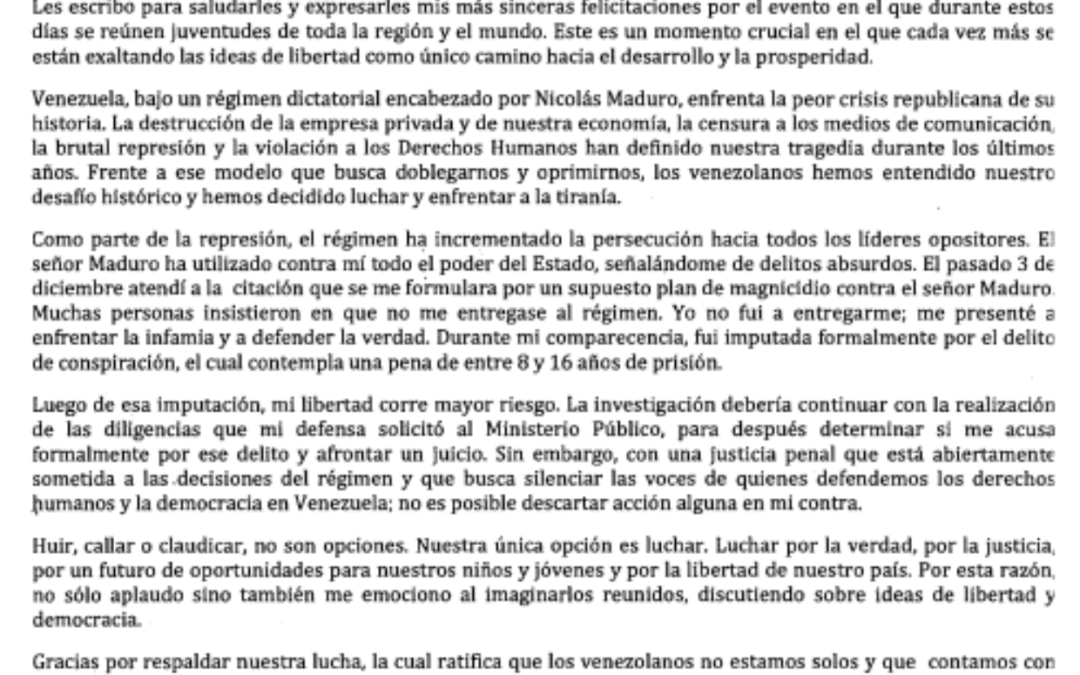 The main opposition leader in Venezuela María Corina Machado was accused early December of plotting against the president. IFLRY believes in an independent judiciary and that this is a clear example of politicized charges. Therefore IFLRY expresses full support to María Corina and her efforts to make Venezuela a true liberal democracy.

María Corina Machado was at the forefront of the Venezuelan protests in early 2014, when many young people were arrested and scores were killed by government forces (Read IFLRY’s statement on this in English, Spanish and French). The politicized charges are a clear sign that the government are now silencing all opposition in the country.

IFLRY is a proud partner of Vente Venezuela and its youth section Vente Joven, who were present at IFLRY’s General Assembly in Kraków in January 2014, and took part in IFLRY’s seminar in Buenos Aires in December 2014. María Corina Machado has expressed her gratitude to IFLRY for the efforts the young liberals of the world are making to support Latin America in general and Venezuela in particular. The IFLRY Bureau is happy to share this letter of María Corina Machado with the outside world and once more underline our full support to María Corina.

María Corina writes in her letter: “I write to salute you and express my sincere congratulations on the event which during these days brings youth from the whole region and the world together to meet [in Buenos Aires]. This is a crucial time when more and more are promoting the ideas of freedom as the only path to development and prosperity.

“To run away, silence or give up, these are not options. Our only option is to fight. Fighting for truth, for justice, for a future of opportunities for our children and youth and freedom of our country. For this reason, I not only applaud you, but it also excites me to imagine them together, discussing ideas of freedom and democracy.”

The IFLRY Bureau calls upon its member organisations and partners to show their support to the Venezuelan opposition as a whole by supporting María Corina Machado, simply by joining a campaign on Twitter with the hashtag #YoEstoyConMariaCorina (I am with María Corina). But do not stop with the hashtag alone, also push for your respective parties and governments to raise this issue with Venezuelan embassies around the world, and the Venezuelan government directly. 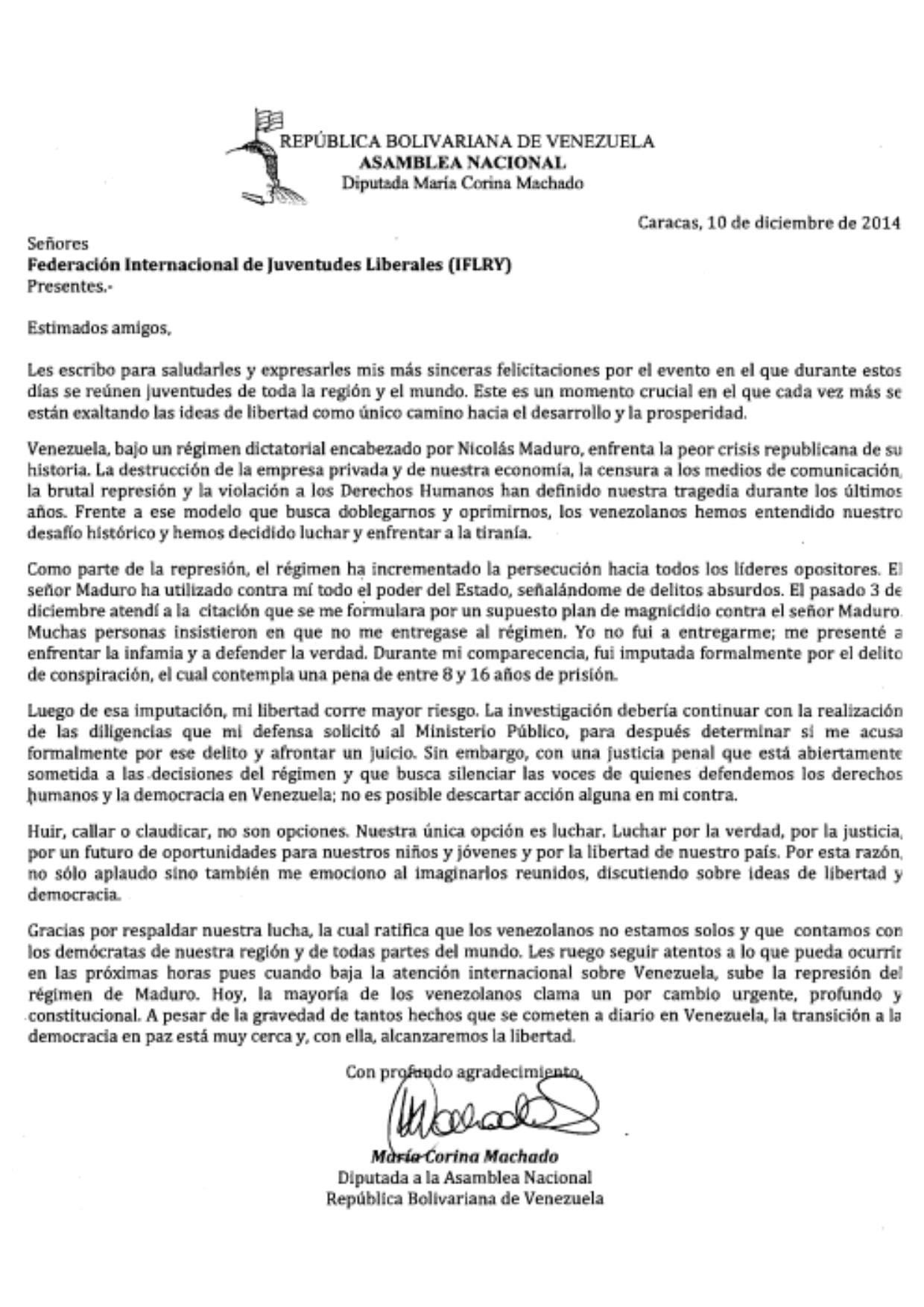